11. CRUELTY TO CIRCUS ANIMALS IS NOT ENTERTAINMENT 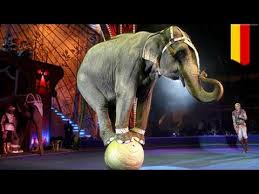 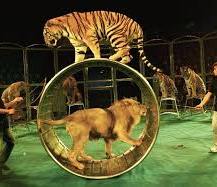 Numerous countries have a ban on wild animals in circuses. Some of them banned also domesticated animals such as horses or dogs, which are also used in animal training in the circus. Elephants, tigers, and other animals that circuses use to entertain audiences do not stand on their heads, jump through hoops, or balance on pedestals because they want to. They perform these and other difficult tricks because they’re afraid of what will happen if they don’t. To force animals to perform, circus trainers abuse them with whips, tight collars, muzzles, electric prods, bullhooks (heavy batons with a sharp steel hook on one end), and other painful tools of the circus trade. Circus animal training sessions show that elephants are beaten with bullhooks and shocked with electric prods. Circuses easily get away with such routine cruelty because the government doesn’t monitor training sessions and handlers are cautious when they’re in public.

Circuses travel nearly year-round, in all weather extremes, sometimes for days at a time. While in transit, the animals are confined to trailers or trucks, where they may not have access to basic necessities, such as food, water, and veterinary care. Elephants are chained, and big cats are imprisoned in cramped, filthy cages, in which they eat, drink, sleep, defecate, and urinate—all in the same place. And there’s no relief once the animals reach a venue, where they remain caged and are chained in arena basements and parking lots.

Frustrated by years of beatings, bullhooks, and shackles, some elephants snap. And when an elephant rebels, trainers can’t protect themselves—or the public.

Elephants have bolted from circuses, run amok through streets, crashed into buildings, attacked members of the public, and injured and killed handlers. The elephants have been injured, too, and some have been killed in a hail of bullets. Other animals, such as tigers and zebras, also try to make a break for it when they get an opportunity, running through city streets before being recaptured.

Because of concerns about animal mistreatment and public safety, a growing number of communities are banning or restricting the use of animals in circuses. And cities all over the country are banning bullhooks.

Start a campaign to ban wild-animal acts or to amend the cruelty-to-animals ordinance in your community so that it includes language forbidding the use of bullhooks and other manual, mechanical, and chemical devices intended to cause pain and suffering.

Avoid all circuses that use animals. Talk to friends and family members, particularly those with young children who might be especially inclined to go.