There are dairy goats which more farmers and breeders interesting to breed them in their farm. 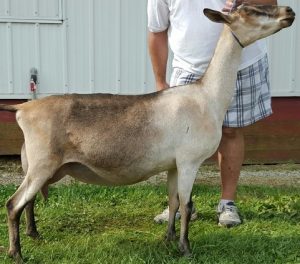 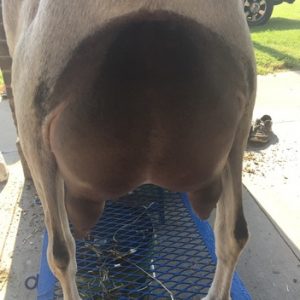 The Alpine dairy goat is a medium to large size animal, alertly graceful, with erect ears, offering all colors and combinations of colors with distinction and individuality of appearance.

No distinct color has been established, and it may range from pure white through shades of fawn, gray, brown, black, red, bluff, piebald, or various shadings or combinations of these colors.

They are hardy, adaptable animals that thrive in any climate while maintaining good health and excellent production. 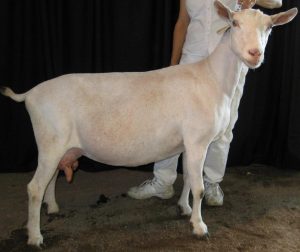 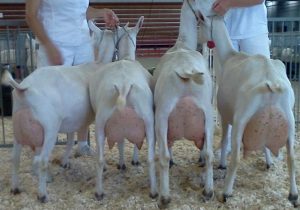 The Saanen dairy goat originated in Switzerland. It is medium to large in size with rugged bone and plenty of vigor. Does should be feminine, however, and not coarse. Saanen are white or light cream in color.

Spots on the skin are not discriminated against. Small spots of color on the hair are allowable, but not desirable.

The hair should be short and fine, although a fringe over the spine and thighs is often present. Ears should be erect and alertly carried, preferably pointing forward.

The face should be straight or dished. A tendency toward a roman nose is discriminated against.

The breed is sensitive to excessive sunlight and performs best in cooler conditions. The provision of shade is essential and tan skin is preferable. 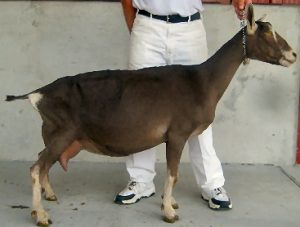 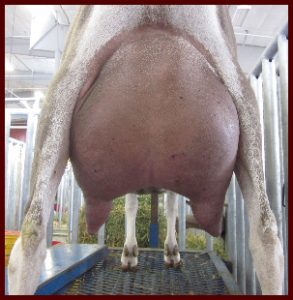 The Toggenburg is a Swiss dairy goat from the Toggenburg Valley of Switzerland. This breed is medium size, sturdy, vigorous, and alert in appearance. They are also credited as being the oldest known dairy goat breed.

This breed is medium size, sturdy, vigorous, and alert in appearance. Slightly smaller than the other Alpine breeds, the does weight at least 120lb/55kg.

The hair is short to long in length, soft, and fine. Its color is solid varying from light fawn to dark chocolate with no preference for any shade.

Distinct white markings are as follows: white ears with dark spot in middle; two white stripes down the face from above each eye to the muzzle; hind legs white from hocks to hooves; forelegs white from knees downward with dark vertical stripe below knee acceptable; a white triangle on each side of the tail; white spot may be present at root of wattles or in that area if no wattles are present.

Varying degrees of cream markings instead of pure white acceptable, but not desirable. The ears are erect and carried forward. Facial lines may be dished or straight, never Roman.

The head is the distinctive breed characteristic, with the facial profile between the eyes and the muzzle being strongly convex (Roman nose). The ears are long (extending at least one inch [2.54 cm] beyond the muzzle when held flat along the face), wide and pendulous. They lie close to the head at the temple and flare slightly out and well forward at the rounded tip, forming a “bell” shape. The ears are not thick, with the cartilage well defined. The hair is short, fine and glossy.

Any color or colors, solid or patterned, is acceptable. 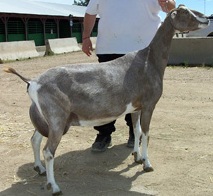 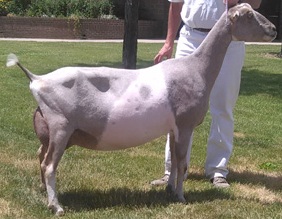 The LaMancha goat was developed in the U.S.A. It has excellent dairy temperament and is an all-around sturdy animal that can withstand a great deal of hardship and still produce. Through official testing this breed has established itself in milk production with high butter fat.

The LaMancha face is straight with the ears being the distinctive breed characteristic. There are two types of LaMancha ears. In does one type of ear has no advantage over the other.

Any color or combination of colors is acceptable with no preferences. The hair is short, fine and glossy.

Any color or combination of colors is acceptable. The medium length ears are erect and alert.

The face is either straight or dished, and the hair is short and fine. 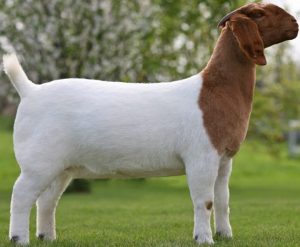 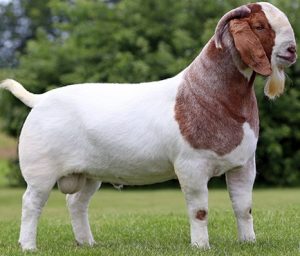 The Boer is an improved indigenous breed with some infusion of European, Angora and Indian goat breeding many years ago.

The Boer goat is primarily a meat goat with several adaptations to the region in which it was developed. It is a horned breed with lop ears and showing a variety of color patterns.

The Boer goat is being used very effectively in South Africa in combination with cattle due to its browsing ability and limited impact on the grass cover.

Performance records for this breed indicate exceptional individuals are capable of average daily gains over 0.44 lb/day (200 g/day) in feedlot. More standard performance would be 0.3-0.4 lbs/day (150-170 g/day). The ovulation rate for Boer goats ranges from 1 to 4 eggs/doe with an average of 1.7.

A kidding rate of 200% is common for this breed. Puberty is reached early, usually about 6 months for the males and 10-12 months for the females. The Boer goat also has an extended breeding season making possible 3 kids every 2 years.

NOTE: PLEASE IF YOU ARE INTEREST IN ANY OF THESE GOAT BREEDS PLEASE CONTACT US THROUGH INFORMATION ON THE WEBSITE.