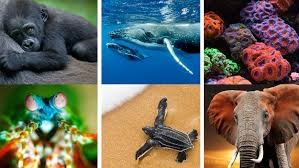 As part of our mission to protect globally important biodiversity, the GEF supports the protection of endangered species around the world by securing their habitats and combating the illegal wildlife trade.

When it comes to protecting plants and animals at the brink of extinction, there is no more powerful and important tool than the Endangered Species Act.
Since it was enacted in 1973, the Act’s rigorous, science-based approach to species conservation has resulted in unparalleled, clearly demonstrable gains for species across the country. The law is responsible for saving the bald eagle, the peregrine falcon, the American alligator, and many other species, and it is advancing hundreds more animals and plants further toward recovery every day.

The Endangered species Act is the strongest law for protecting biodiversity passed by any nation. Its purpose is to prevent the extinction of our most at-risk plants and animals, increase their numbers and effect their full recovery — and eventually their removal from the endangered list.
Currently, the Act protects more than 1,600 plant and animal species in the United States and its territories, many of which are successfully recovering.

Over the past four-plus decades, the Endangered Species Act has repeatedly demonstrated that — when used to the full extent of the law — it works. The Act has been more than 99 percent successful at preventing extinction. Were it not for the Act, scientists have estimated, at least 227 species would have likely gone extinct since the law’s passage in 1973.

“Under the agencies’ rule changes, the many rollbacks of effective ESA implementation include the following:

Unconscionably, these regulations were finalized just months after a UN report warned of “unprecedented” and “accelerating” global mass extinctions caused by human activity.”