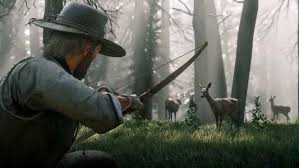 Hunting is the practice of killing or trapping animals. It is an unnecessary activity in the modern world.

Animal hunting should be banned & It’s a cruel activity. Animals shouldn’t be hunted and used for selfish needs of man. Hunting of animals should be banned as it creates an imbalance in the environment. For example Extinction in the tiger species. Animals have done nothing to deserve this but still, they get killed for no reason. The thought of killing animals for a thrill as it gives pain to the animals just like humans have a nervous system which allows them to feel pain.

There are lots of hunting accidents have hurt or killed other animals like cows, horses, dogs, and cats and even hikers and other hunters!

Wildlife crime is now the most urgent threat to three of the world’s best-loved species—elephants, rhinos and tigers in Asia.