2.THE PREVENTION OF CRUELTY TO ANIMALS

2.THE PREVENTION OF CRUELTY TO ANIMALS 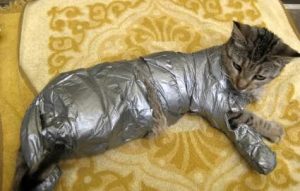 There are many bizarre forms of animal cruelty. In so-called “Crushed Videos” individuals viciously tortured, mutilate and kill small animals to satisfy the bizarre Fetishes of viewers. Must be prohibited the creation and distribution of such videos, it does not cover the underlying acts of animal abuse. It is not possible to identify the videos alone where the act took place. Thus rendering it out of reach of state laws that might otherwise punish the perpetrators. The PACT Act would eliminate this problem by extending jurisdiction to this, particularly heinous act.

Preventing and punishing such cruelty is both an animal welfare and a human safety imperative. More and more, the law enforcement and legal communities recognize that animal cruelty is both a serious crime in and of itself and a precursor to other violent crimes.

Providing law enforcement and the criminal justice system with another tool for responding to the unspeakable acts of animal cruelty, the PACT Act would protect our communities from many types of violence.

NOTE:  ALL THE TOPICS EDITING IN COOPERATION BETWEEN ANIMAL WELFARE INSTITUTE IN WASHINGTON, USA & DAR AL KHALAF COMPANY IN KUWAIT.