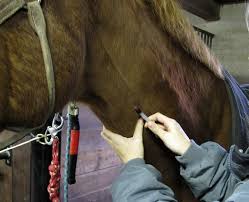 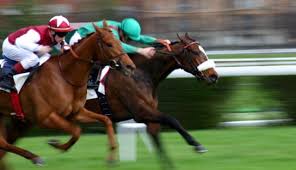 It is no secret that we have a drug crisis in the horse racing industry, one that has led to the premature deaths of thousands of horses over the years.

Behind the romanticized façade of Thoroughbred horse racing are a world of injuries, drug abuse, gruesome breakdowns, and slaughter. While spectators show off their fancy outfits and sip mint juleps, horses are running for their lives. Horses used for racing are forced to sprint—often under the threat of whips and even illegal electric-shocking devices—at speeds so fast that they frequently sustain injuries and even hemorrhage from the lungs.

Pushed beyond their limits, most horses are subjected to cocktails of legal and illegal drugs intended to mask injuries and artificially enhance performance. Many horses—fittingly called “bleeders” by the racing industry—will bleed from their lungs, a condition is known as exercise-induced pulmonary hemorrhage. In an attempt to decrease the bleeding, many horses are given a drug called Lasix or Salix, a diuretic with performance-enhancing qualities. As most owners and trainers have little more than a short-term financial interest in horses, there is little continuity and accountability over Thoroughbreds’ lifetimes, leaving them to suffer terribly.

An estimated 10,000 “unprofitable” or simply unwanted Thoroughbreds from the U.S. are trucked to Canada and Mexico and slaughtered each year. And despite these staggering numbers, the racing industry continues to churn out nearly 20,000 Thoroughbred foals annually.